You are in: home > what we did 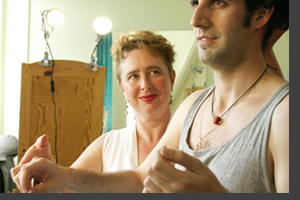 Crissman Taylor is a classical musician with 30 years of professional performance experience. She studied violin at Manhattan School of Music in the class of Raphael Bronstein. As a classical mezzo-soprano she holds degrees in teaching and performance from the NetherlandsUtrecht School for the Arts, Faculty of Music. 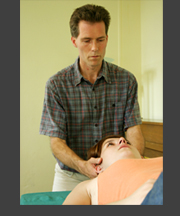 Wilberd Bakker is a teacher of the Alexander Technique since 2000 and works at the Utrecht Alexander Technique Institute for Musicians since 2002. He also studied voice at the Amsterdam Conservatory. He is an experienced choir conductor and sang for 10 years as a choir and solo singer in the Nederlands Vocaal Ensemble, and has performed in several musicals. He received a Masters degree in mathematics in 1983 from the Vrije Universiteit, Amsterdam. He was a high school mathematics teacher for almost 20 years before his career change to teacher of the Alexander Technique. 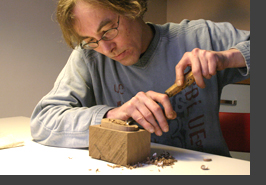 Servaas Franssen was a fine wood worker who worked as antique restorer and cabinet maker. He played the violin himself and built up considerable experience in making custom made chin rests through his 10-year cooperation with the researcher, providing chin rests to conservatory students and professionals. He designed and made the Chin Rest Testing Kit for the research project, and developed a new procedure for making custom made shoulder rests. 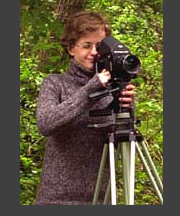 Is a new media designer specialized in interactive concepts and visual design. She has plenty of experience leading her own company and has worked for several known companies on international projects.

Vanesa graduated from the Complutense University of Madrid in 2002 with a Bachelor's degree in Communication Science, specialized in Audiovisual Media. In 2003 she obtained an EMMA (European Media Master of Arts) through the Utrecht School for the Arts, Faculty of Art, Media and Technology and the University of Portsmouth.